I know that in this case I am not writing about a typical Austrian but Bavarian, or more precisely about a German iconic pastry, but for me, pretzels are simply strongly associated with all of the German-speaking countries; and in Austria they are also a common part of the everyday life, whether salty, sweet, small or extra large.

Prior to my Erasmus in Bavaria, I knew pretzels just in a form of small crackers that taste basically like the classic salty sticks, until I got to know the so-called Brezel (pretzel). Pastry, that is very popular in Bavaria and is mostly being enjoyed just with butter (you can even buy a butter-filled pretzel in the canteen at the university). Otherwise, you can also enjoy them as a side dish to the classic white Bavarian sausages.

There are already classic pretzels (known as Laugenbrezeln) being sold in Slovakia, e.g. in Lidl (name of a grocery shop in Slovakia), but that’s it, no other forms of pretzels are available there, which in my opinion is quite a pity, because I would love to enjoy for example such a Nutellapretzel, as on my picture with Emu, more often 🙂

Beside of buying some pretzel, would you also like to know a few interesting facts about it? 🙂

In the German-speaking countries, pretzels have been a sign of bakery guilds and a part of bakery emblems for more than 700 years. Originally, pretzels were a Christian holiday dish, which later became popular also outside of the monasteries. Many legends are linked to the origin of their typical form, but the most likely are two of them. A legend about a monk who got inspired by in prayer crossed arms of his brothers (resembling arms crossing the chest), or a baker who was given a task of baking a pastry which the sun’s rays would cross three times; by the way he is also said to got inspired by in prayer crossed arms of his wife.

Whether it was a monk or a baker, this origin of the form would also explain the origin of the word, in Latin “bracchium” which in translation means hand, later translated into old German as “precita” resp. “Brezin” – Brezel (pretzel). (Source: worldsoffood.de; Die Geschichte der Brezel).

The last but not least, let me link this to Austrian, do you know what “a Brezn reißn” mean? In standard German (Hochdeutsch) stürzen, which means to fall / crash, otherwise loosely translated, to bump your mouth 😀 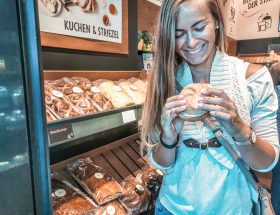 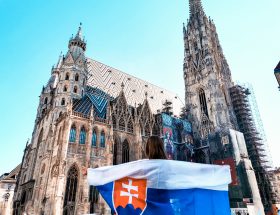 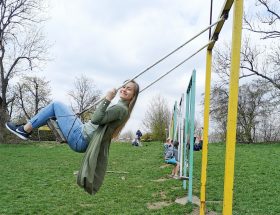